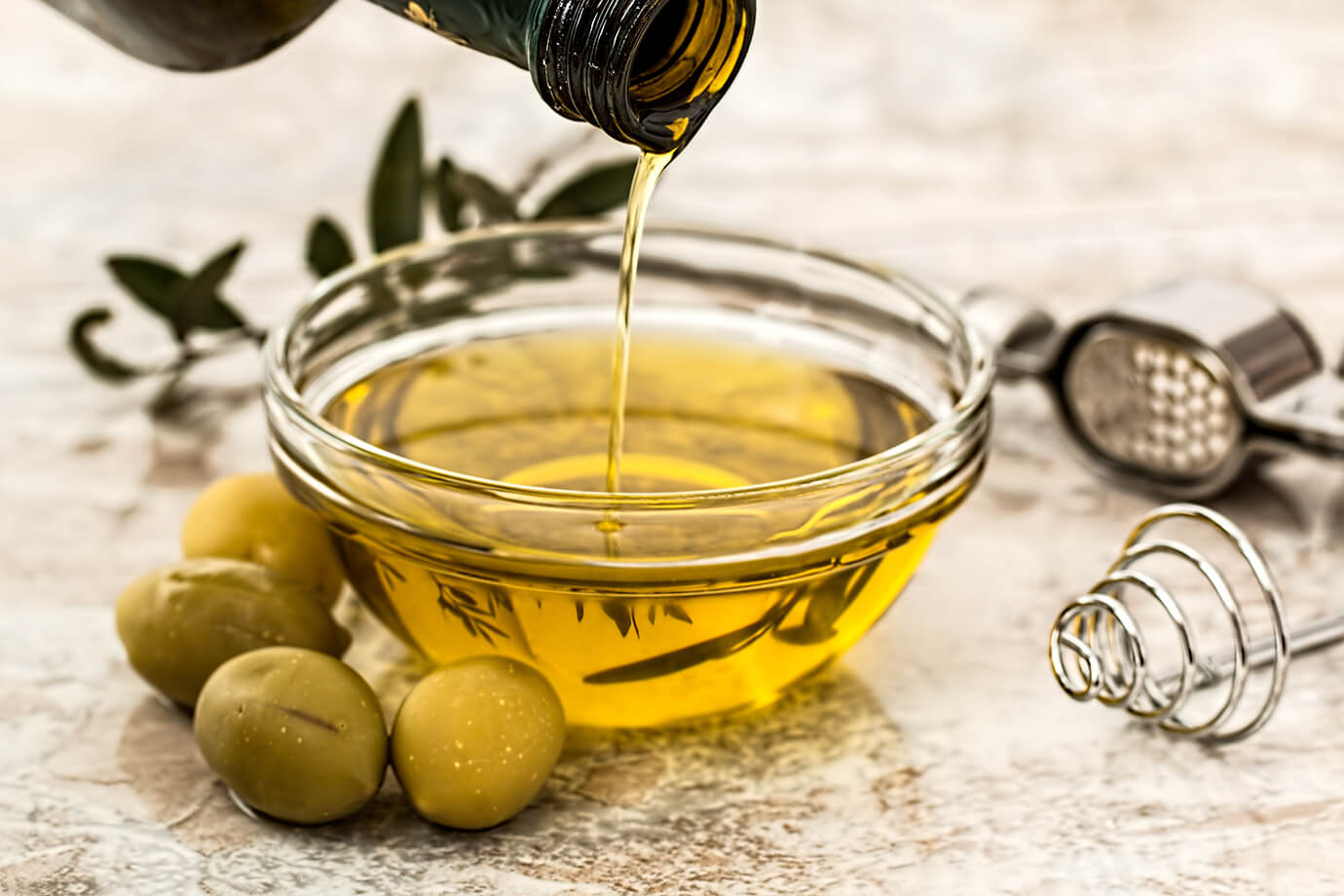 Extra virgin olive oil "Terre Aurunche“, According to the production disciplinary, it requires the use of olives coming for at least 70% from the“ Sessana ”cultivar. La Sessana originates from the production area (its name derives from the name of the town Sessa Aurunca, the largest municipality in the production area), while the minor cultivars envisaged (Corniola, Itrana and Tonacella) originate from the neighboring territories and represent an equally important heritage of local biodiversity.

“Terre Aurunche” extra virgin olive oil when released for consumption has excellent physical, chemical and organoleptic characteristics, with an acidity lower than 0.60 and a good content in polyphenols; taste with good bitter and spicy tones, a color ranging from straw yellow to more or less intense green. These characteristics, in addition to the particular varietal composition of the Sessana cultivar, are also due to the simultaneous presence of a mild climate and a volcanic soil, rich in macroelements and microelements essential for the production of olives and quality oil.

The territory that marks the DOP "TERRE AURUNCHE" is located in the northern part of the province of Caserta, in the area around the extinct volcano of Roccamonfina, in the olive groves of the municipalities of Caianello, Carinola, Cellole, Conca della Campania, Falciano del Massico, Francolise , Galluccio, Marzano Appio, Mignano Monte Lungo, Mondragone, Rocca D'Evandro, Roccamonfina, San Pietro, Sessa Aurunca, Sparanise, Teano and Tora and Piccilli.

Posted in:
Curiosity
Leave a Reply Cancel reply
Recent Articles
Archive
stay in contactSubscribe to our Notifications
Chat Now
Click below to chat on Whatsapp
We typically respond within minutes.
You have to accept ours first privacy policy to start a conversation.
Customer care
Andrea P.
Al momento i nostri uffici sono chiusi e riapriranno il 0:28