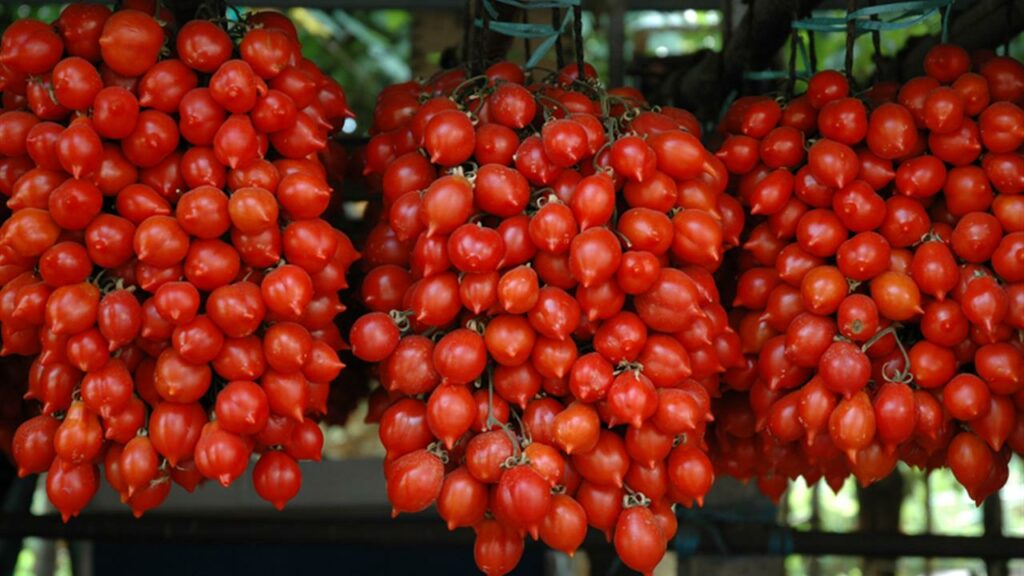 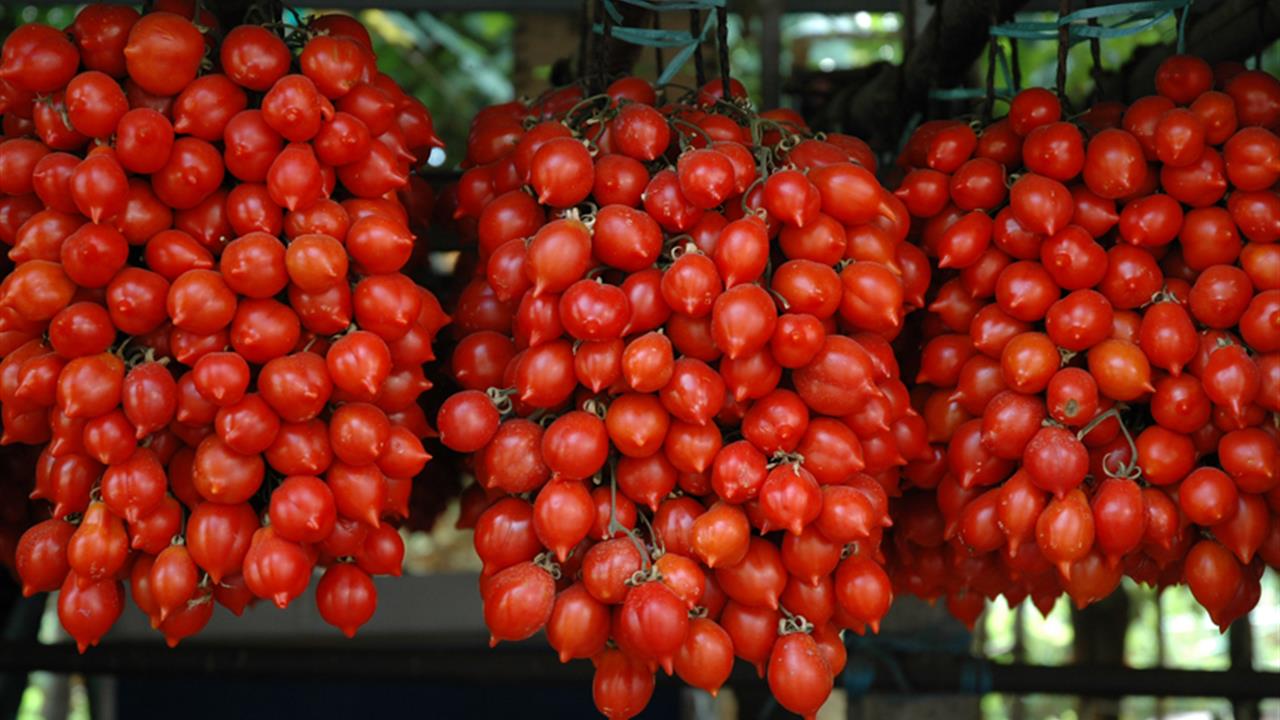 What is the Piennolo del Vesuvio DOP tomato?

The “Pomodorino del Piennolo del Vesuvio DOP” is one of the oldest and most typical products of Campania agriculture, so much so that it is even represented in the scene of the traditional Neapolitan nativity scene. In reality, in various territories of Campania, there are groupings of ecotypes with small-sized berries, the so-called “cherry tomatoes”, which are distinguished from each other by their typicality, rusticity and organoleptic quality. However, the most famous have always been those still widespread on the slopes of Vesuvius.

The “Pomodorino del Piennolo del Vesuvio DOP” groups old cultivars and local biotypes sharing more or less similar morphological and qualitative characteristics, the selection of which has been cared for over the decades by the farmers themselves. The denominations of these ecotypes are the popular ones attributed by the local producers themselves, such as "Fiaschella", "Bulb", "Patanara", "Principe Borghese" and "Re Umberto", traditionally cultivated for centuries in the same territory of origin.

The distinctive characteristics, at a technical-commercial level, of the product admitted to protection are:
fresh: oval or slightly pruniform fruits with pointed apex and frequent ribbing of the peduncular part, thick vermilion-red skin, size not exceeding 25 g, pulp of high consistency and red color, intense lively flavor and sweet-sour;
preserved in piennolo: dark red skin color, red flesh with good consistency, intense and lively flavor. The “piennoli” or “schiocche” have a weight, at the end of conservation, which varies between 1 and 5 kilograms.

For the purposes of the protection action, it was found that the peculiar aspect of typicality that unites Vesuvian tomatoes is the ancient practice of conservation "al piennolo", that is a technical characteristic for tying together some bunches or "shells" of ripe cherry tomatoes, to form a large cluster which is then suspended in ventilated rooms, thus ensuring the optimal conservation of the precious harvest until the end of winter. Over the months the tomato, while losing its turgor, takes on a unique and delicious flavor, which the Neapolitans especially appreciate for preparing delicious and inviting sauces. It is precisely the “piennolo” preservation system which, favoring a slow maturation, also allows a long preservation, with the consequent possibility of consuming the product “natural” until the following spring.

The Vesuvius Tomato is appreciated on the market both fresh, sold as soon as it is picked on local markets, and in the typical form preserved in hanging - "al piennolo" -, or even as a preserves in glass, according to an ancient family recipe of the area , called "a pacchetelle", also covered by the DOP production specification. Usually the harvest is carried out by cutting the whole bunches, when on them there are at least 70% of red tomatoes, while the others are in the ripening phase. This ancient practice allows you to postpone the consumption of the berries, intact and unprocessed, for the whole winter following the harvest, up to seven to eight months, using ventilated rooms and without the support of modern conservation technologies.

The peculiarities of the "Pomodorino del Piennolo del Vesuvio DOP" are the high consistency of the peel, the strength of attachment to the peduncle, the high concentration of sugars, acids and other soluble solids that make it a long-life product during which none of the its organoleptic qualities undergoes alterations. These peculiarities are deeply linked to the pedoclimatic factors typical of the geographical area in which the tomato is grown where the soils, of volcanic origin, are made up of pyroclastic material originating from the eruptive events of the Somma-Vesuvius volcanic complex.

In this environment of choice, the quality of the tomato reaches peaks of excellence. The richness in organic acids determines the liveliness or "acidity" of taste, which is the distinctive character of the Vesuvius tomato. This, in addition to deriving from a genetic peculiarity, is an indication of a cultivation method with low environmental impact and with reduced use of irrigation water, which makes this crop particularly suitable for a protected area, such as that of the Vesuvius National Park. .

Due to its qualities, the “Pomodorino del Piennolo del Vesuvio DOP” is a fundamental ingredient of Neapolitan and Campania cuisine in general, and has great versatility in the kitchen.

Alongside the traditional spaghetti with clams and other seafood, local chefs are committed to using it in many other dishes, including a variant of the delicious Neapolitan pizza.

The cultivation of the Piennolo Tomato on the slopes of Vesuvius undoubtedly has ancient and well-documented roots.

To limit ourselves to the most illustrious historical testimonies, information on the product is reported by Bruni, in 1858, in his "Vegetables and their cultivation in the city of Naples“, Where he speaks of very tasty cherry tomatoes, which“ remain excellent until spring, as long as they are tied in wreaths and suspended from the attics ”. Another reliable literary source is that of Palmieri, who in the Yearbook of the Royal Higher School of Agriculture in Portici (current Faculty of Agriculture), dated 1885, speaks of the practice in the Vesuvian area of preserving the berries of the variety p'appennere in shady and ventilated places.

Francesco De Rosa, another professor of the School of Portici, on “Italia Orticola” of November 1902, specified that the old Vesuvian “cerasella” had been gradually replaced by the “flask” type, more suitable for conservation in the piennolo. De Rosa is also the first researcher who comprehensively reports the entire cultivation technique of Vesuvian cherry tomatoes, thus implying that an entire economy was developing in the area around this product, from the production of seedlings to sale. of the stored product.

Even prof. Marzio Cozzolino, of the Faculty of Agriculture of Portici, in his text of 1916, agrees with the previous sources, both on the varietal description and on the production methods, dedicating entire parts of the text to describe in detail the cultivation technique and above all providing data, including economic , which help to understand the industriousness and complexity of this type of product. 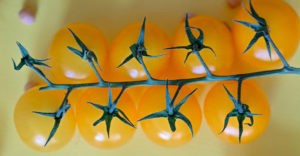 The Yellow Campano Tomato is grown mainly in the province of Naples and in the surrounding provinces. The main recognized varieties of the 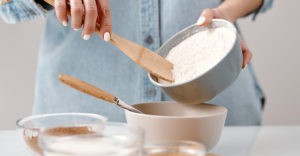 How to measure flour without a scale

In this article you will find out how to measure flour without a scale, you are at the home of a friend who does not have 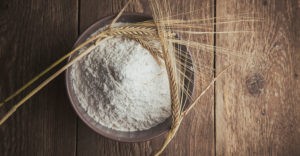 History of flour, who invented flour?

The word flour derives from the Latin farīna, in turn derived from far, or spelled; in fact, this word was born

The Brezel is a type of bread very popular among populations of Teutonic origin, and therefore widespread especially in Germany.

Ciambelline al vino, also known as Tarallucci al vino or Ubriachelle, are rustic sweets typical of ancient Roman cuisine. They are easy to make and with few ingredients.

There is nothing simpler and tastier than a good Piadina Romagnola, a poor recipe with ancient origins loved, but loved and appreciated all over the world.

Deutsch
Chat Now
Click below to chat on Whatsapp
We typically respond within minutes.
You have to accept ours first privacy policy to start a conversation.
Customer care
Andrea P.
We will be back soon